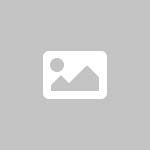 DevOps have become an integral part of application development and delivery. However, embracing the benefits of DevOps for mobile app development is not possible without addressing to the challenges of confronted while development, testing, and release of the app. This segment discusses the major challenges of mobile DevOps with some reliable practices to overcome them. Let rsquo;s get started.

1. Use a Mix of Tools to Ensure Continuous Integration

It rsquo;s not just the variety of Operating Systems that make mobile app development complex. Differences in characteristics of devices like screen resolution, graphic capabilities, hardware etc. are also the contributing factors in complicating the development cycle. Consequently, an app may have different variants, even if it targets the same Operating System.

An app rsquo;s success rate can never be determined with its performance in development stage. It can only be analyzed after the app is released to the masses. Once an app is submitted on the app stores, it is downloaded on a variety of devices, running different versions of Operating System, having varying memory, network connections, or power conditions. Therefore, estimating behaviour of an app is absolutely impossible for any developer, unless mobile app analytics tools are embedded at the backend.

In mobile app development, DevOps follow a different approach to automate testing. Usually, app developers utilize emulators or simulators instead of real devices. But, considering the plethora of devices for which devices are to be tested, it is impractical to test all the devices manually. That is why, DevOps must implement automated testing processes so as to meet the deployment deadlines and ascertain quality standards.

Switching to Mobile DevOps? We can Help

For those who have been adopting Agile for mobile app development till date, might confront some challenges when switching to FSBcompany. We, at FSBcompany not only offer mobile application development with DevOps but also render DevOps as a service.Email us for advice and assistance: support@fsbcompany.com

07 Aug 2020 16:46
fsb company
fsb company has provided the conditions so that you can buy all kinds of apps, e-books e cheapest price than all the stores in the world. you can share this store with your friends with just one click and earn thousands of dollars. support@fsbcompany.com
Home FAQ Blog Terms of Use Privacy Policy
All rights reserved Future Successful Business.