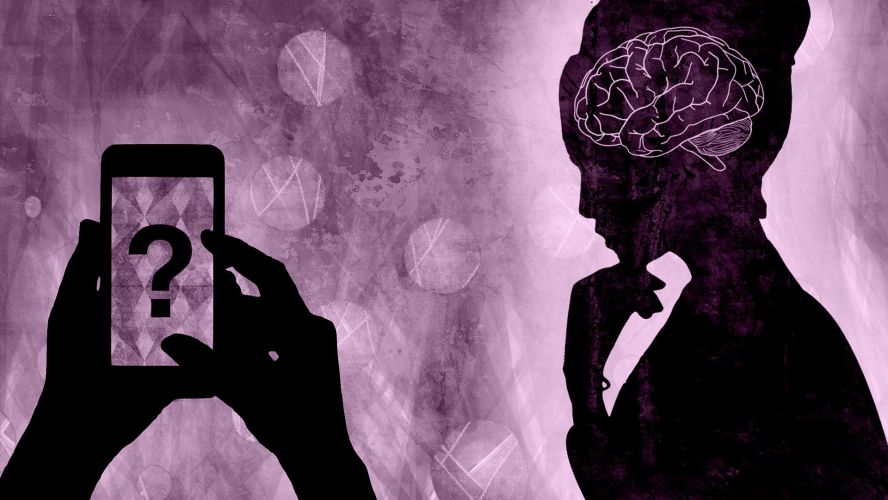 Any individual or entrepreneur, having a mobile app idea or development in progress, set their hopes on app vitality. Driving millions of downloads, app shared with word of mouth, positive reviews on app stores, high retention rate, and excellent revenue. Who doesn rsquo;t want that?

But, with app stores loaded with over 4 million apps already; making an app stand above the rest in its category calls for more than just a great marketing strategy.

So, what rsquo;s the mantra of building addictive apps, you must be wondering. In the latter segment, we will be discussing the science and psychology behind building an app that has the aptitude to go viral.

The Hook Model of Habit-Building Products

According to Nir Eyal rsquo;s guide to developing habit-building products, any great app holds the potential to go viral, if it meets the elements of the hook model. 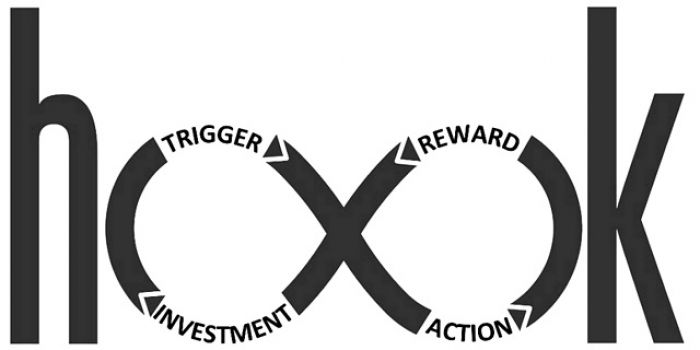 Trigger: For any user to get hooked to an app, a trigger is required. These triggers are generally of two types:

External Trigger: These triggers are based on outside info. This may be a notification, ad image, a rating or review, emails, recommendation (word of mouth), button etc. These triggers are the reasons why a user reaches an app or is triggered to utilize any of its functionality.

Internal Trigger: These triggers are generally the reasons why an app is built, i.e. they define the real intent behind the app. For example, Apps could be a response to the boredom (Games/Social Media/Streaming), productivity paucity (Slack), or making a difference through unique concept (Sea Hero Quest app helping in medical research).

After a trigger, it rsquo;s the time to take an intended action. Action depends on motivation and ability. When a user rsquo;s motivation to take an action coincides with their ability to do so, that rsquo;s a win-win situation. Just take a simple, real-time scenario.

To make motivation meet the ability, make sure that the app has maximum hooks to keep the user connected. For example, You open Snapchat when you are feeling bored. But there is no internet connection. While Snapchat will restrict you to share any snap with friends or chat with them, it will enable you to use the image filters for fun. This way, the user can use the app, when motivated. And as soon as the connection is resumed, the captured snaps or videos can be shared.

For any simplest action with the app, the user should be rewarded. A reward is any kind of acceptance, appreciation, or attention given to the users, in return for any action that they performed. For example:

You rsquo;re a digital marketer, active on Quora (A Q A portal). You came across an interesting question and therefore answered it. A week later, you noticed that your answer has hundreds of views and a few up-votes. In this case, Quora is offering you attention (through notification), acceptance (by making you're answered viewed), and appreciating you (through up-votes and increasing views).

A reward can come in any form. For example:

Investment: When a user is hooked with an app, he starts investing. An investment is a user rsquo;s reaction to the hook. Hooks are what keeps the user engaged to your app- tweets on Twitter, likes/comments/share on Facebook, image filters on Snapchat. Great hooks work, regardless of the intent involved.

Instagram is an internet-based, photo-sharing app for web and mobile. It allows the users to share their pictures publically or privately to pre-approved followers. Launched 10 years ago (6 Oct 2010), the app currently has 950 millions monthly active users and is ranked amongst the most popular social networking platforms.

What made this photo-sharing app build a user base of 800 million users (in Sep 2017) from 90 million (in Jan 2013). Here is the Hook model for Instagram, spilling the beans of its success.

Action: The most common action that users take is to tap and upload a photo.

Reward: Once uploaded, the image can be shared with all followers. There is a social interaction about the captured moment and social proof too.

Investment: By sharing images (related to holidays, celebrations, or any other event), users can create their own gallery of wonderful moments. Shared photos then lead to other triggers, i.e. likes and comments by other friends.

Want to Build an Addictive Mobile App? We can Help.

Now that we have understood the human psychology and Hook model behind making addictive apps, it's the time to put them into practical use. We, at FSBcompany, own a team of creative minds, who can transform your idea into addictive mobile applications.

26 Jul 2020 16:50
FSB Company
FSB company has provided the conditions so that you can buy all kinds of apps, e-books e cheapest price than all the stores in the world. you can share this store with your friends with just one click and earn thousands of dollars. support@fsbcompany.com
Home FAQ Blog Terms of Use Privacy Policy
All rights reserved Future Successful Business.